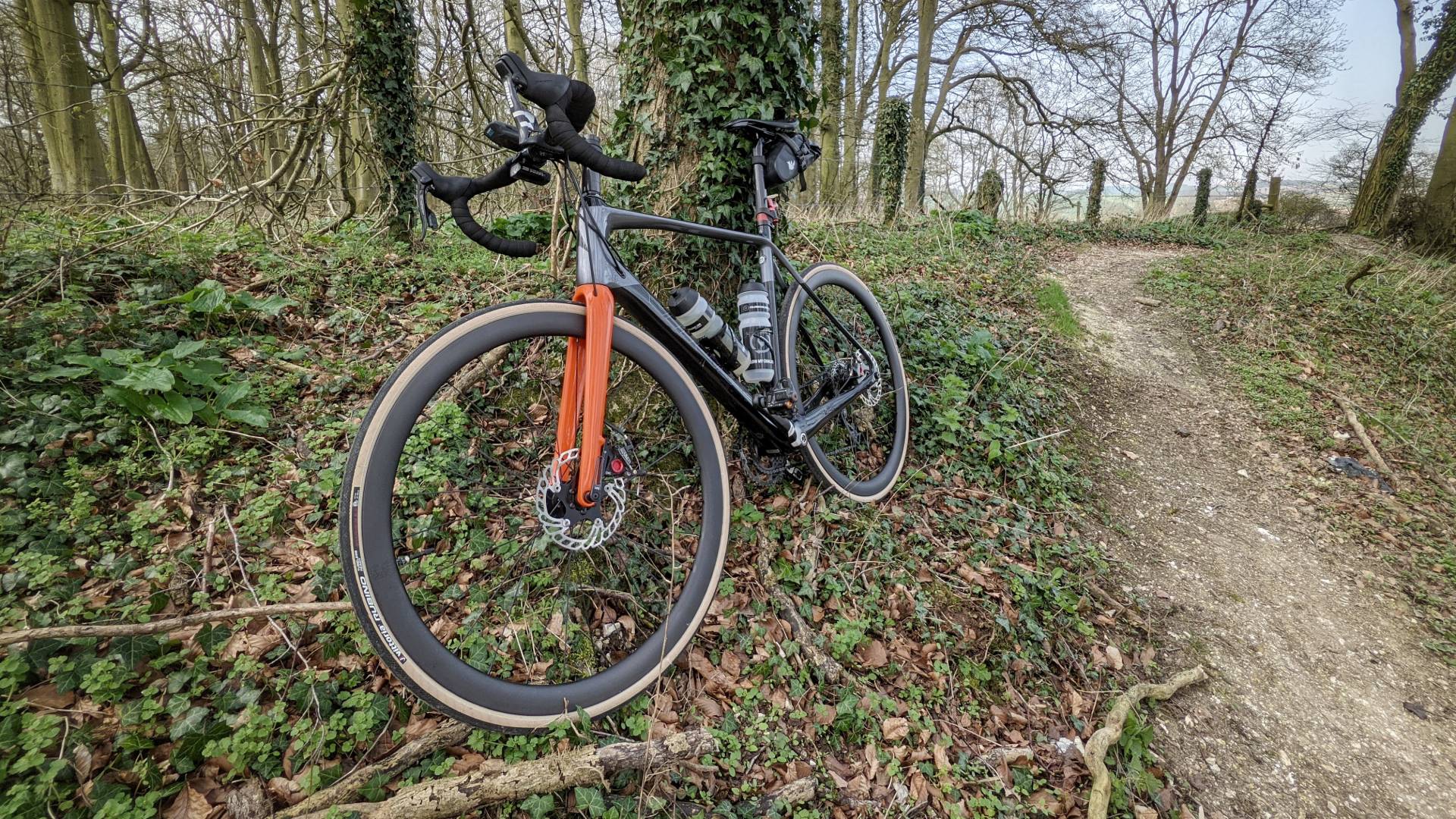 After a pleasant spin of just a few hours to start my 100 climbs project, I was aware that the next ride was going to be a little bigger. Deciding to break myself in gently, I set my sights on a pair of climbs in the Wessex Downs, within an easy day’s ride of my house, in Cirencester.

Heading southwest and out of the Cotswolds, my route took me through the fast flatlands of the Thames Valley, past farmland and flooded quarries. Skirting Swindon (always advisable), I saw the land rising ahead of me and realised that this was The Ridgeway.

This ancient ridge-top trail runs along the Wessex Downs and is a beautiful ride. If I had been running anything fatter than 28mm tyres, I would have been tempted to test my Zolla wheels on its slick chalky surface. But as it was, I stuck to the tarmac and soon found myself descending to the River Kennet.

Crossing the river at Hungerford, I could practically smell the first climb approaching. Sure enough, I soon spotted a ridge appearing ahead of me, with a steeply angled strip of asphalt cutting its way towards the top.

This was climb #25, Combe Gibbet. However, the climb itself far less remarkable than the story behind the name. The “gibbet” is the cross erected on the hilltop above that was used in medieval times for executing criminals. It’s still visible as you approach the foot of the hills. And as I was grinding up the 15% gradient, all I could wonder was how much you must hassle it must have been to drag someone to the top of this hill just to kill them.

A few minutes later, I was at the top and looking back towards the flatter lands below. I took a minute or so to admire the views – which would have been stunning on a clear day – before hurtling back down into the valley in search of the next ascent.

It’s rare that you get a climb with such a bloody story attached. But Combe Gibbet is also worth it without the macabre tales of execution. It may be a small ascent, but the views from the top are surprisingly impressive.

Passing through red-brick villages and by flint-adorned churches, I cut back across the River Kennet and towards the Thames Valley. But this was not the Thames Valley that I had cut across on my way here. The open flood plains of upstream had been replaced by a steep-sided cleft in the landscape through which the river squeezed.

Before I knew it, I was in Streatley and waiting at the traffic lights at the foot of climb #24, Streatley Hill. As soon as the lights flashed green, I was swinging left and the climb was upon me. Instantly, I was grinding my way up out of the valley through an unbroken tunnel of trees, on a roughly surfaced B-road. I was not a fan.

The golf club car park at the top of the climb offered little in the way of rewards either. But my toil was made worthwhile during the riding that followed.

Streatley Hill is heavy on the masochism and light on the reward. A friend mentioned to me that they used to use it as a training climb – this makes perfect sense. However, if you want a view at the top – or even during the climb – there are countless better options.

My route took me back across the Wessex Downs and the Ridgeway, following fast, sweeping roads that cruised over undulating farmland. Eventually, I hurtled back down to the flatlands below, not having to touch the brakes on the wide and straight descent. This was more like it.